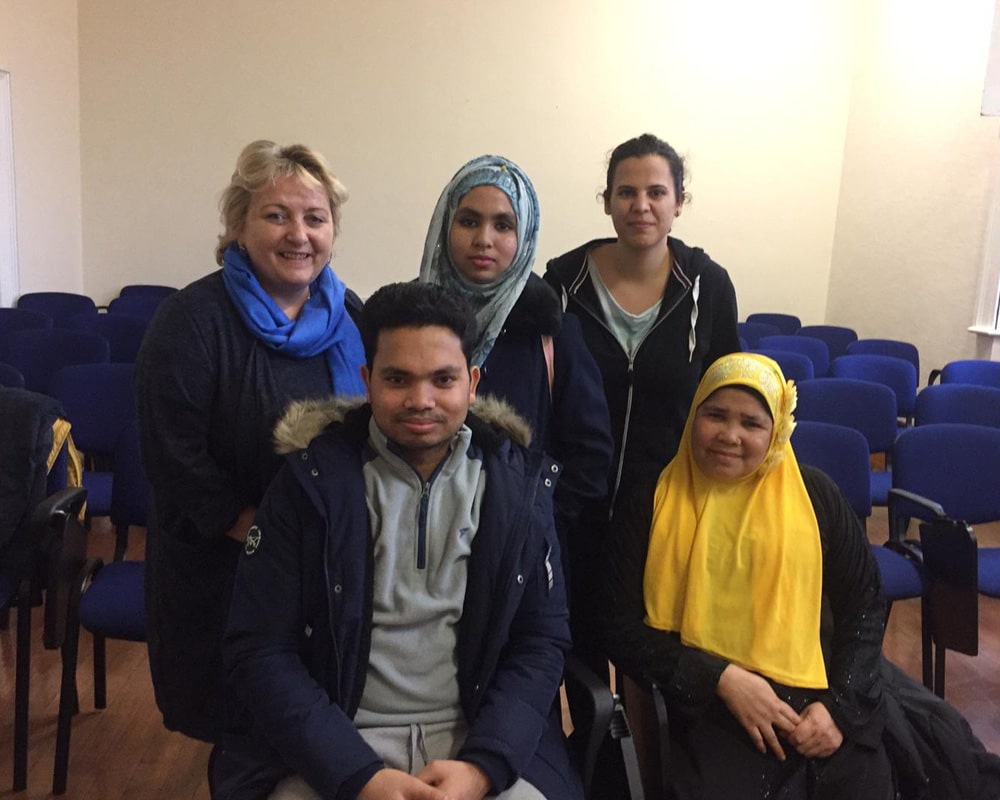 Sofia Begum with her son Mohammed Ismail and Noor Hasina from the Rohingya community in Carlow are part of a European wide project with KCAT.  Members of the Rohingya community told their stories in Carlow College today, interviewed by the project team from KCAT. The project aims to raise awareness of different abilities and promote integration. The POWER project interviews refugees based in Ireland, Greece, Italy and the Czech Republic.

The autobiographical stories will inspire the script for the theatre performance to be co-produced by four theatre companies that include actors with a disability. Performances of the play and workshops with secondary schools will take place in Ireland, Greece, Italy and the Czech republic from September 2019 to August 2020.  The long-term impact of the project is developing new ways at cultural and social level for dealing with disability, migration, discrimination and prejudice.