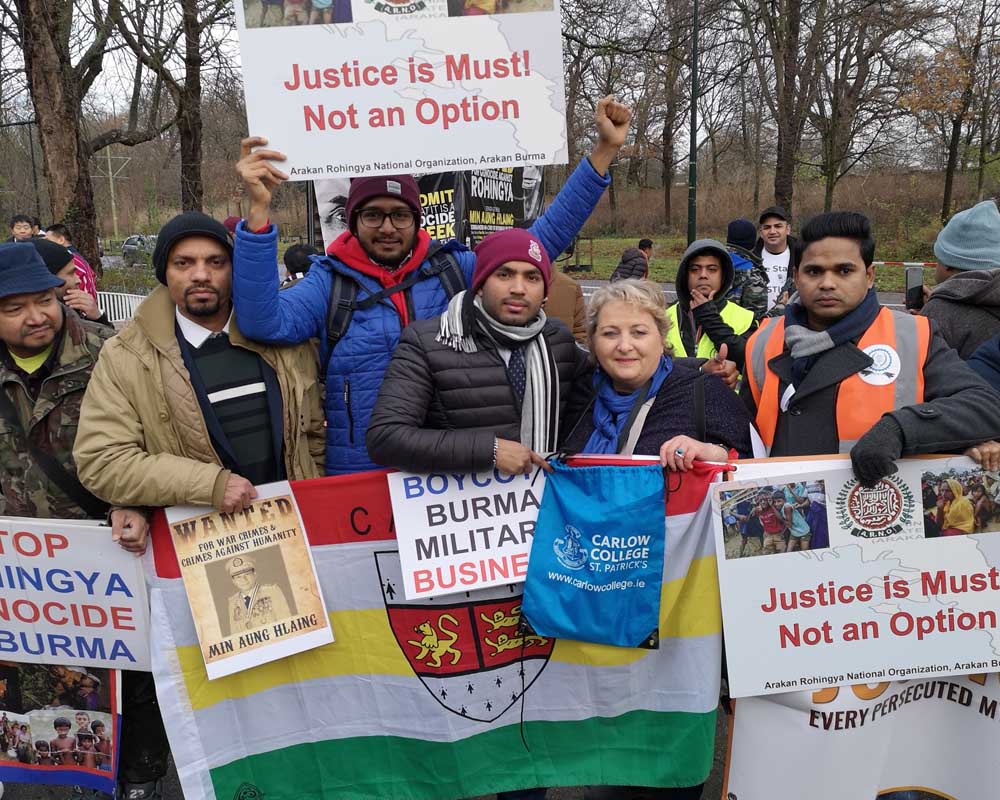 Stephanie McDermott, Lecturer in Equality and Diversity, travelled to The Hague this week (09.12.2019) to witness the start of the trial against Myanmar for their crimes against humanity and their genocidal campaign against The Rohingya. Stephanie was part of a delegation from Rohingya Action Ireland who were joined by other international civil society organisations in condemning the brutal actions of the Myanmar Military. Human Rights organisations have been outraged at the lack of accountability hitherto for the genocidal acts perpetrated by the Myanmar military and security. Human Rights organisations are deeply concerned that rape has been a central component of the genocidal campaign. It has been well documented and evidenced that Rohingya women, girls and boys have suffered unspeakable sexual violence, which is being used as a weapon of war. It is imperative that the international community take action and that countries support the calls for justice for the Rohingya. 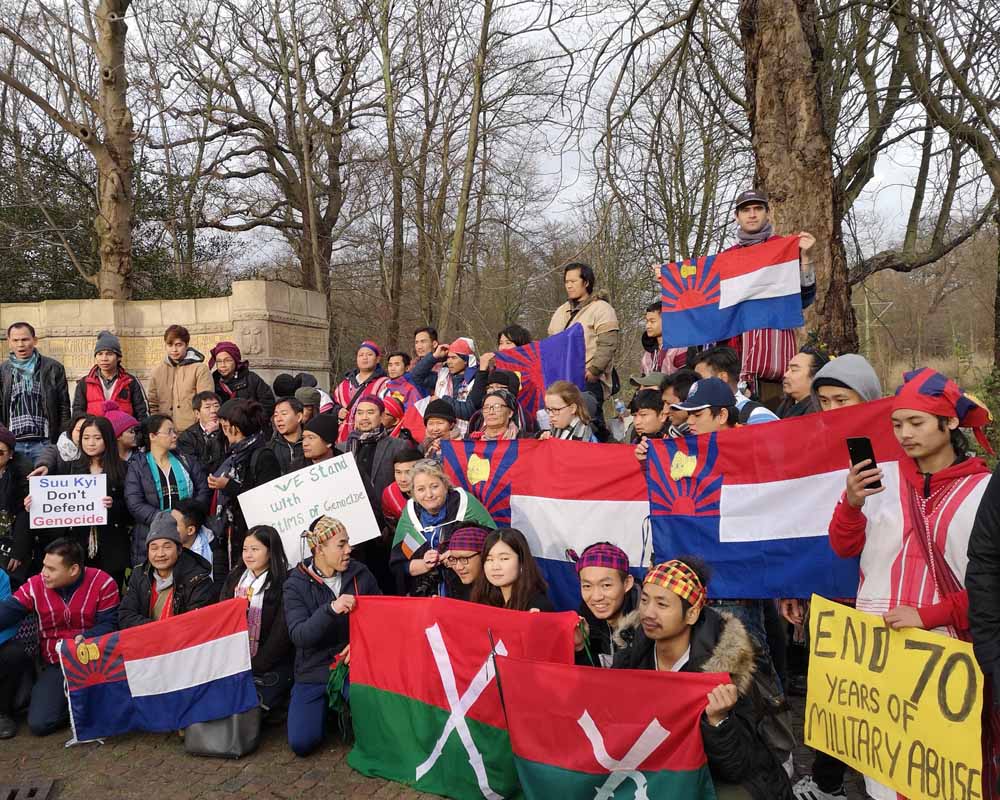