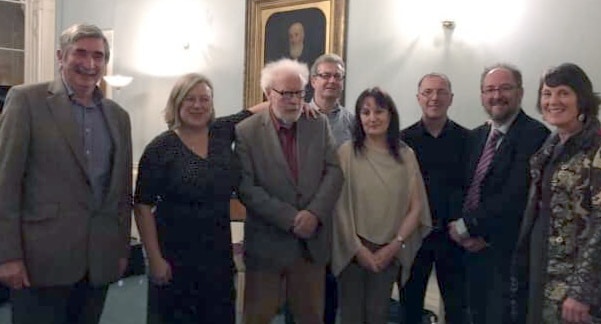 Dr Derek Coyle recently attended a performance in the Royal Irish Academy of Music in Dublin. The evening featured two world premieres by leading Irish composers, John McLachlan and Frank Corcoran. All of the music was for flute and piano, with Emma Coulthard on flute and David Adams on piano. Dr Coyle was there as Carlow based composer Gráinne Mulvey had created a piece around a poem of his, which received its Irish premiere on the night, ‘This Be the Sound’, having had its world premiere earlier in the year in Tokyo. ‘It was very special to hear it played live’, according to Dr Coyle. ‘It was incredible to be in the presence of all of this musical creativity.’