News Rohingya Action Ireland at the UN in Geneva 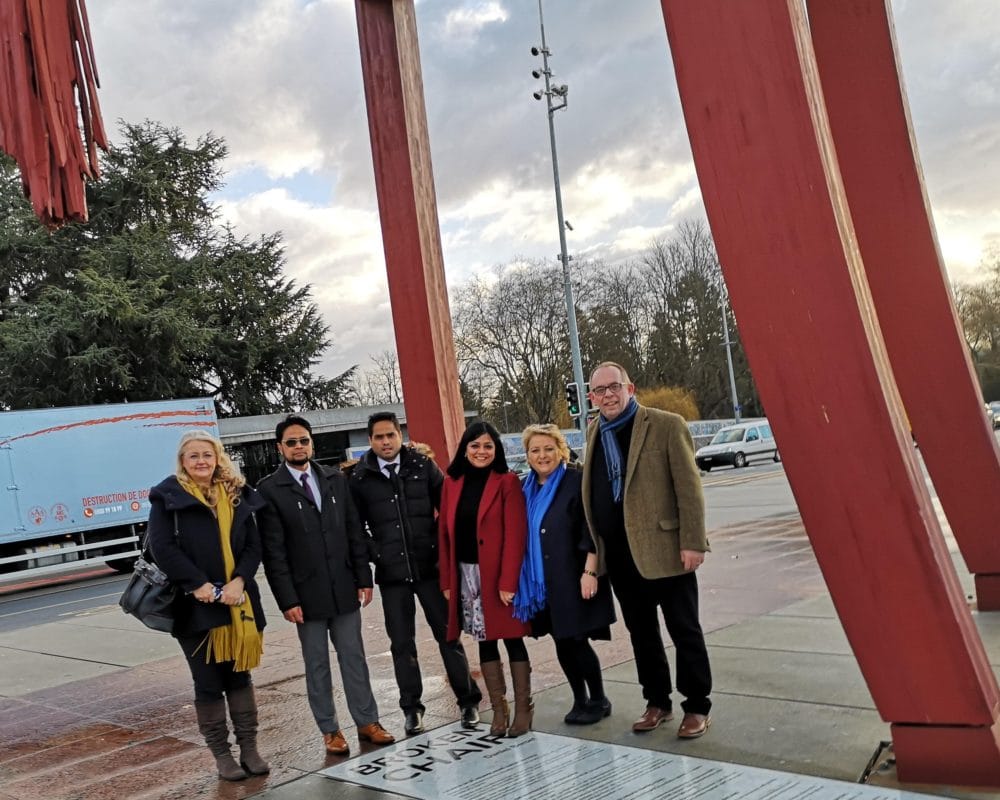 On Monday 11 March Stephanie McDermott, Lecturer in Community, Equality & Advocacy Studies and Secretary to Rohingya Action Ireland presented at the UN in Geneva. Stephanie spoke on the role of civil society organisations in the resettlement process of Rohingya Refugees in Carlow in a discussion which was moderated by Hanno Schedler of the Society for Threatened Peoples, Germany. The platform was shared by Anita Schug and Ambia  Parveen  from the European Rohingya Council and Karl Duffy from Carlow County Development Partnership. Both Anita and Ambia have recently returned from the refugee camps in Cox’s Bazzar in Bangladesh. They spoke passionately and emotionally about the worsening situation for the Rohingya in the camps and the rapid deterioration of basic human rights and dignity of the Rohingya.

The delegates also met with representatives from the Irish Department of Foreign Affairs.  Discussions were held on possible supports to the Rohingya through international pressure, calling to account the Myanmar military for their human rights abuses directed at the Rohingya.