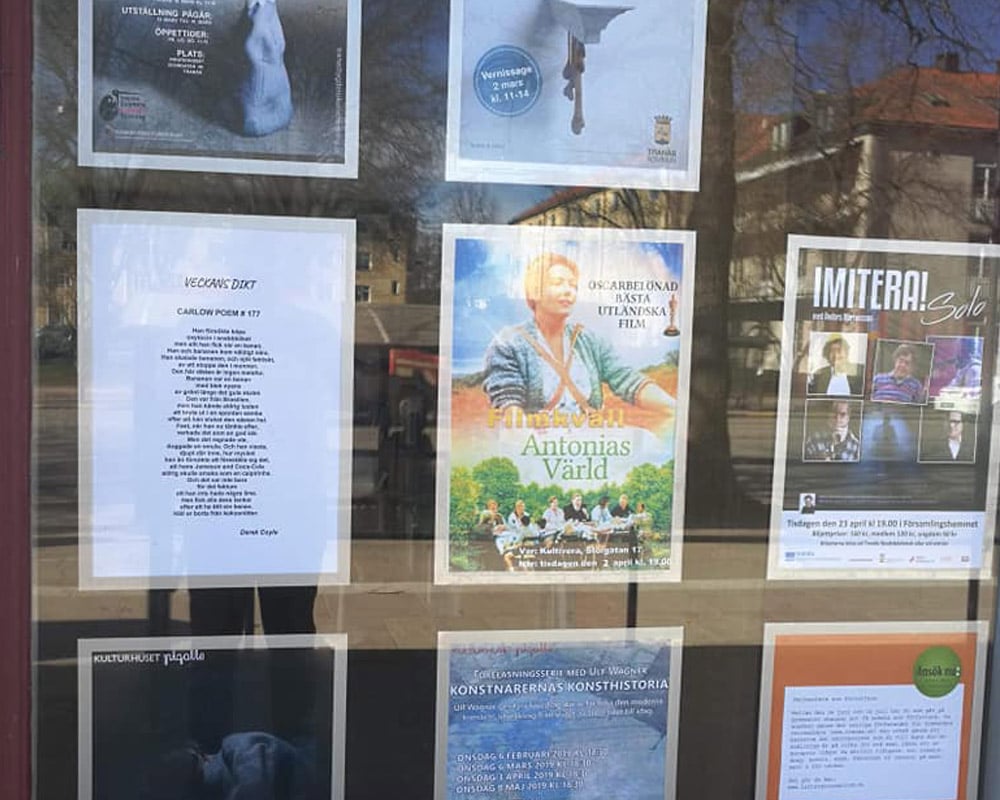 Dr Derek Coyle of Carlow College, St Patrick’s recently attended the London launch of the distinguished poetry journal ‘The North’. This long standing journal from the north of England has dedicated its most recent issue to Irish poetry. Edited by the able pair of Nessa O’Mahoney and Jane Clarke, this featured Derek’s poem ‘Out for a Walk’ and Carlow College, St Patrick’s student, Clifton Redmond’s poem ‘The Ferret’. Derek read both poems at the London launch of The North. This event was hosted by the Irish Literary Society, based in London and over a century old (1892), this famous society was founded by W.B. Yeats, T.W. Rolleston and Charles Gavan Duffy. This was a busy weekend on the poetry front for Derek, as his poem ‘Tangerine in December’ was also published in The Irish Times that weekend. Always busy, this week Derek has had a poem of his chosen as ‘Poem of the Week’ by the Kultivera arts centre in Tranas, Sweden