Explore Staff Blog The US Elections: One Week Out by Dr Eric Derr 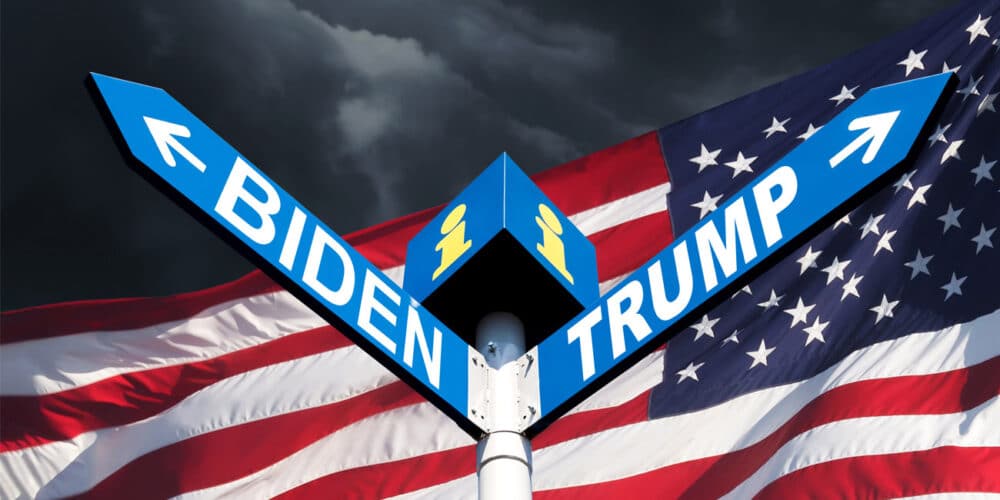 Throughout the 2020 election cycle, political pundits have continuously warned, ‘Beware of what happened in 2016’. As such, all political calculations by the candidates and the punditry / projections by political analysts have been tagged with the aforementioned qualification. However, this statement presupposes that somehow the 2016 and 2020 elections are uniquely similar, when, in fact, both the candidates running, and the political climate are starkly different. If one were to make a comparison to past elections, the 2020 election is shaping up to be a continuation of the 2018 midterm election where the Democrats not only took back control of the House of Representatives but did so in historic fashion. The Democrats won the 2018 midterm election by more than 9.7 million votes (a new record) and won more House seats than any major political party since 1974; for the astute political observer, 1974 was the midterm election just after the resignation of President Richard Nixon.

With one week to go, it is important to draw distinctions between the 2016 and 2020 elections. In 2016, Donald Trump defied all political gravity by sweeping away political norms and barrelled his way through the Republican primary and general election as an outsider and disrupter who would drain the swamp in Washington and unabashedly put the interests of the United States first; the slogan he used to capture this was ‘Make America Great Again’. His opponent was Hillary Clinton, although the most qualified presidential candidate in US history aside from, maybe, John Quincy Adams and Thomas Jefferson, was a polarising figure that could not run from thirty plus years of political framing by the Republican Party as not only corrupt, but an existential threat to American democracy; it is important to note that the latter point was, and is, riddled with misogynistic undertones. In 2020, Trump is the incumbent president who not only did not drain the swamp but has enlarged the swamp and injected steroids into the swamp creatures he attacked in 2016; two useful examples are Senators Mitch McConnell of Kentucky and Lindsey Graham of South Carolina. Even more significant, over the last four years every political calculation Trump made went to serve his political self-interest, not the interests of the American people. The net result is that over time this self-serving behaviour has chipped away at the margins of his support, resulting in a much more constricted voting pool to draw from to repeat the ‘magic’ of 2016. His opponent in 2020 is not Hillary Clinton, it is Joe Biden. Biden is the baby-kissing, Amtrak-riding career politician with a long history of reaching across party lines; there was a reason that Trump went further than any other presidential candidate in his attempt to dig up dirt on his political opponent. That is saying a lot given that we are firmly in the rear-view mirror of Nixon and Watergate. It is true that Biden is past his prime and has been saying the same rehearsed family stories and lines for over forty-seven years, but the American public know Biden and, most significantly, his entire biography and personality is antithetical to Trump’s biography and personality.

Where the candidates from 2016 and 2020 differ, in both biography and personality, the political climate has also changed. The ‘novelty’ of Trump has worn thin which is a problem for him in 2020. Even if one subscribes to the preposition that the media is biased against Trump, the past four years have been accentuated by a chaotic governing style resulting in the constant flow of departures from his Administration, a foreign and domestic policy agenda being outlined from his Twitter feed (often with contradictory effect) and an attempt to reshape government for personal gain rather than for the public good. All this has been compounded by a complete leadership breakdown on tackling the COVID-19 pandemic; there is a reason that Trump wants the American public to believe that the United States has turned the corner on the pandemic, or put more succinctly by his Chief of Staff on Sunday, ‘We are not going to control the pandemic.’ Whatever spin Trump wants to put on COVID-19, it is a pandemic that is not going away and the American people are looking for leadership and a fifty-state strategy as the facts are clear, a nation comprising 4.25% of the world’s population accounts for just under one-third of the world’s total COVID-19 deaths.

Entering the 2020 election most political pundits believed that the key states this election cycle were the three states Trump won by a combined 107,000 votes: Wisconsin, Michigan and Pennsylvania; it should be noted that a Republican president had not won these three states since the late 1980s. Instead, in the closing week of the 2020 campaign the Electoral College Map, which strongly favours Trump because many of the battleground states are Republican-leaning, has expanded causing Trump to play defence in states that he won by sizable margins in 2016 (e.g. Iowa (9%); Georgia (+5%) and Ohio (+8%)). Biden entered this election cycle by only having to do two things: keep all the states that Clinton won in 2016 and win back the three aforementioned historically Democratic-aligned states of the Upper Midwest (i.e. Wisconsin, Michigan and Pennsylvania). If the polls are correct and hold for the next week, it looks like he will not only achieve those two goals, but he could be heading towards a landslide victory, by modern presidential standards. But we are constantly reminded, ‘Beware of what happened in 2016’.

Yes, the polls in many of the battleground states are within the margin of error and they could all theoretically break for Trump on election day. However, Biden’s lead in the polls has remained consistently strong and stable throughout this election cycle and there simply are not too many undecided voters like there were in 2016. Moreover, this election feels more like a continuation of the 2018 midterm election than the 2016 election; in the 2018 midterm election more than 50% of eligible voters turned out, the highest percentage since 1914. If voters turn out in record numbers for the 2020 election, this does not favour Republicans; there is a reason why Republicans have attempted to depress voter turnout by making it more difficult to vote. Nearly 60 million votes have already been cast in the 2020 election with one week still to go; after this week the number of early votes will easily surpass half the entire vote count in the 2016 election. In some states, the early voting numbers are staggering. For example, 7.3 million votes have already been cast in Texas (80% of the total vote count from 2016); 2.75 million votes have already been cast in Georgia (69% of the total vote count from 2016) and 3.1 million votes have already been cast in North Carolina (69% of the total vote count from 2016). It is probable that a significant proportion of these votes were cast by Republicans, but the fundamentals of the election remain, the higher the turnout the more favourable it is for Biden and down-ballot Democrats.

On the latter point, it is worth noting that the Democrats currently hold 233 seats in the House of Representatives and are expected to not only maintain this advantage but could even extend it further (they only need 218 seats to remain the majority party). In the Senate, the Democrats have a more difficult path to take back control of that chamber. The Democrats currently hold forty-seven seats (which includes two Independent-learning Senators that caucus with the Democrats). From the polling data it appears that the Democrats have a good shot at netting an additional five seats and losing one seat, which would give them a very slim majority of one seat (should the Democrats only net three seats and make it to fifty seats, a Biden victory becomes all the more necessary as the Vice President would be called upon to break the tie in the Senate). However, the Democrats could make even further gains should the unexpectedly close race in South Carolina see the Democrats winning a Senate seat in that state for the first time since 1998; it would also mark the first time a state had two African-American Senators from the same state at the same time. There are two closely contested Senate seats in Georgia but its ‘jungle primary’ process means that these two races will most likely go to a runoff election in January.

The unknowns of this election are not inflated poll numbers or a significant contraction at the end of the election in favour of the outsider and disrupter, they are confined to the legal battle over the counting of ballots and voter turnout. On the first unknown, if the election results are very close in the battleground states, expect to have a protracted election cycle that will ultimately be decided by the Supreme Court, which is why the Republican-led Senate has fast-tracked the nomination of Amy Coney-Barrett to the Supreme Court. Your odds are significantly improved with a 6-3 Court than a 5-3 Court (especially given that Chief Justice John Roberts is not a reliable vote for conservatives). Regarding the second unknown, from a conservative estimate the generic ballot for the House of Representatives is currently at about 7% in favour of the Democrats. Significantly, Biden is performing nominally better than this figure. Given that most Americans are increasingly becoming more tribal with regards to their political affiliation and the practice of ‘ballot splitting’ is becoming rarer, if Biden wins the national vote by 7%, he will be the next President of the United States. Again, it comes down to turnout and if the turnout from 2018 and the primaries are any indication, this will not be a good election for Trump and the Republican Party. My gut is telling me, with one week to go, the ‘Blue Wave’ of 2018 is gaining momentum for 2020. This, of course, rests on the assumption that there are no major disruptions on Election Day and all the votes will be counted

Resources for the final week: